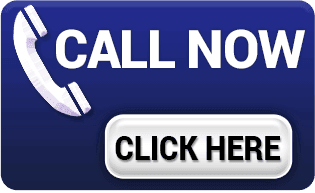 Mr. Bock obtained his J.D. from the University of Virginia’s School of Law in 1994. For more than twenty years, Mr. Bock practiced law in Chicago, Illinois, before moving to Miami Beach, Florida and continuing his practice from there. He is the manager of the firm. Mr. Bock has acted as lead counsel in dozens of class-action lawsuits and has argued in federal and state appellate courts throughout the United States.

Mr. Hatch obtained his J.D. from Wayne State University in 1990. He is a member of Order of the Coif and is the author of “State Survey of Class Action Law” (Hawai’i Section, ABA 2015); “RICO Theories, Cases and Strategies in Consumer Litigation: Strategies for Defending Section 1962 Claims”, 53 Consumer Finance Law Quarterly Report 140 (1999); and “Taylor v. Quality Hyundai, Inc.: Assignee Liability Under Section 1641(a) of the Truth in Lending Act,” 52 Consumer Finance Law Quarterly Report 354 (1998). He has extensive consumer class action experience in trial and appellate courts across the country.

Mr. Oppenheim litigates class actions, insurance claims, and various Federal and State Appellate Court matters. He has extensive experience in the advanced stages of class action litigation, from drafting substantive, merits briefs, to arguing before various courts, to trial; in addition, he has led the negotiations in dozens of successful mediations and other forms of alternative dispute resolution. Mr. Oppenheim obtained his J.D. from Harvard Law School in 2002, after receiving his B.A. in Political Science and Economics from Yale University in 1999. He published “Hawala Banking: A Potential Tool for Funding Terrorism,” 14 Bank & Lender Liability Litigation Reporter 09 (2008). Mr. Oppenheim was named to the Illinois SuperLawyers list of “Rising Stars” in 2008, 2009, and each year from 2012 through 2016.

Mr. Piper obtained his J.D. from The Yale Law School in 1987, and his A.B. in Religious Studies from Princeton University in 1981. He has practiced law in Chicago for nearly 30 years, specializing in complex litigation of all kinds, including plaintiff class actions, as well as commercial, insurance, personal injury and criminal law disputes. He has provided substantialpro bono (public good) legal services, including a year writing criminal appeals for defendants who could not afford their own lawyers. His publications include contributions to “Race for Justice: Mumia Abu-Jamal’s Fight Against the Death Penalty” (1995).

Ms. Stemper obtained her J.D. from DePaul University College of Law in 2015. She has litigated on behalf of small business owners in state and federal court, and on behalf of employment discrimination plaintiffs before the Northern District of Illinois, the Equal Employment Opportunity Commission, and Illinois Department of Human Rights. Ms. Stemper currently attends to matters in federal court, and spends her time in the office researching issues pertaining to TCPA class actions, processing large volumes of discovery, and drafting class-related motions. Ms. Stemper is a member of the Illinois State Bar Association, a member of the Chicago Bar Association, and a member of the National Association for Professional Women.

Mr. Blonien obtained his J.D. from University of Chicago Law School in 2002. He has extensive litigation experience, both at trial and on appeal, representing consumers, businesses, and government entities.